Those who forget history... 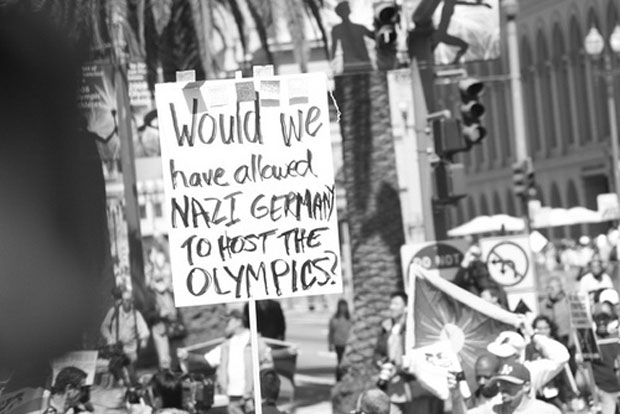 The Prime Minister even received personal letters from Mr. Schreiber and yet the government did nothing for months. Why?


Right Hon. Stephen Harper (Prime Minister, CPC):
Mr. Speaker, last week I announced that as a result of a sworn affidavit that has been filed in court the government would appoint an independent third party to advise the government on how to proceed with such allegations.

Let me make clear what we will be doing. We will be asking that independent third party, whom we will be naming very shortly, to provide us with the terms of reference for a full public inquiry as well as any other course of action that the independent party deems appropriate.


Hon. Stéphane Dion (Leader of the Opposition, Lib.):
Mr. Speaker, the information prompting a reaction from the Prime Minister had been in his hands for months: a letter from Mr. Schreiber, marked "To the Addressee Only - For His Eyes Only".

This from a Prime Minister obsessed with controlling everything down to the last detail, as his caucus knows all too well. The Prime Minister is hiding behind the PCO and junior staff in his own office.

Will he step up to the plate and do the right thing, that is to launch immediately a full public inquiry?


Right Hon. Stephen Harper (Prime Minister, CPC):
Mr. Speaker, I just answered this question about a public inquiry. The independent third party will give the government the appropriate terms of reference for such an inquiry, and such an inquiry will be launched.

Hon. Stéphane Dion (Leader of the Opposition, Lib.):
Mr. Speaker, even Mr. Mulroney is calling for a full public inquiry. The Prime Minister must be the only person who does not think it is a good idea.

Why? What is he afraid of? Will he do the right thing? Will he take on his responsibilities and call a full public inquiry now?


Right Hon. Stephen Harper (Prime Minister, CPC):
Mr. Speaker, the problem is that the Leader of the Opposition had whipped himself up into that question and has failed to listen to the previous two answers.


Mr. Gilles Duceppe (Laurier—Sainte-Marie, BQ):
Mr. Speaker, I am having a hard time understanding why the Prime Minister is refusing to hold a public inquiry into the allegations concerning the relationship between former prime minister Brian Mulroney and businessman Karlheinz Schreiber. All of the opposition parties and Mr. Mulroney himself are calling for a public inquiry. We have every reason to wonder what is motivating the Prime Minister.

Right Hon. Stephen Harper (Prime Minister, CPC):
Mr. Speaker, as I just said, last week I announced that I would appoint an independent third party to advise the government on this issue. We intend to ask this advisor to give us the appropriate terms of reference for a full public inquiry into this issue.


Mr. Gilles Duceppe (Laurier—Sainte-Marie, BQ):
Mr. Speaker, during the sponsorship scandal, the Prime Minister, who was then the leader of the official opposition, continually demanded a public inquiry.


Right Hon. Stephen Harper (Prime Minister, CPC):
Mr. Speaker, I just said yes. I do not think that it is appropriate for this government to define such a commission's terms of reference, and that is why I will be asking an independent third party to advise us on the appropriate terms of reference for a public inquiry.

The question is this: is the government going to cooperate with a full and public inquiry, so that everyone will be able to understand what occurred and so that a solution may be reached that is fair to the taxpayer, yes or no? Public, yes or no? Cooperation, yes or no, Mr. Prime Minister?


Right Hon. Stephen Harper (Prime Minister, CPC):
Mr. Speaker, there are always problems when the opposition parties ask questions without listening to the answers. The answers are yes.


I realize that it's several months old, but I just came across this:

So Ruby Dhalla argues that stopping corporations and unions from giving huge loans to politicians which never have to be paid back will create "roadblocks" which prevent women, visible minorities, and "ordinary people" from getting involved in the political process.

Because there are lots of corporate/union bigwigs who would otherwise be falling all over themselves to give huge political loans to "ordinary people" (women, visible minority, or otherwise), of course.

Jim Dinning believes that the needs of college students are very, very important, and so he's announced that the government should help fund their basic living necessities... like beer.

"Today students have to cobble together a budget that doesn't reflect the full costs of books, supplies, living accommodations, transportation - and, frankly, beer," he told reporters as he laid out the education plank of his Tory leadership platform.

"Governments have to recognize those costs and make sure that as students apply for loans ... we don't diminish their applications for additional dollars, based on nostalgic times - including the beer."

This kind of obvious pandering is not only insulting to students, it's also very un-conservative (although I guess that's no surprise, coming from Dinning). I'm no fan of government social engineering via "sin taxes" and such, but meddling in the opposite direction by actively subsidizing such behavior is even worse.

We are not making this up


Just when you thought the moonbats couldn't get any... moonbattier, Daimnation brings us this gem:

...I ask Shayler if it's true he has become a "no planer" - that is, someone who believes that no planes at all were involved in the 9/11 atrocity. Machon looks uncomfortable. "Oh, f*** it, I'm just going to say this," he tells her. "Yes, I believe no planes were involved in 9/11." But we all saw with our own eyes the two planes crash into the WTC. "The only explanation is that they were missiles surrounded by holograms made to look like planes," he says. "Watch the footage frame by frame and you will see a cigar-shaped missile hitting the World Trade Center." He must notice that my jaw has dropped. "I know it sounds weird, but this is what I believe."

Fools! Don't they know that this "WTC planes were just holograms" is just a distraction that they created so that we won't find about about their much bigger conspiracy?


Something from the latest Liberal Party newsletter which made me chuckle:

Geoff Regan, Liberal critic for Human Resources and Skills, oversaw opposition MPs as they overwhelming passed a motion calling for focused and immediate investment to address Canada’s economic future. He noted as the motion was passed that a recent survey of 150 senior CEOs found the Conservative budget has done little to boost productivity in Canada.

Apparently, the Liberal attack machine didn't stop to consider that the Conservative budget hasn't even been passed yet.

You are hearing me talk

From the Calgary Herald:

Former U.S. vice-president Al Gore has accused the oil industry of financially backing the Tories and their "ultra-conservative leader" to protect its stake in Alberta's lucrative oilsands.

Canadians, Gore said, should vigilantly keep watch over prime minister-designate Stephen Harper because he has a pro-oil agenda and wants to pull out of the Kyoto accord -- an international agreement to combat climate change.

"The election in Canada was partly about the tar sands projects in Alberta," Gore said Wednesday while attending the Sundance Film Festival in Utah.

"And the financial interests behind the tar sands project poured a lot of money and support behind an ultra-conservative leader in order to win the election . . . and to protect their interests."

And then, as always, the cashier nodded and handed Gore his Big Mac.

(This joke has been blatantly lifted from SNL's Weekend Update a few years back. Also hat tip to Vitor.)